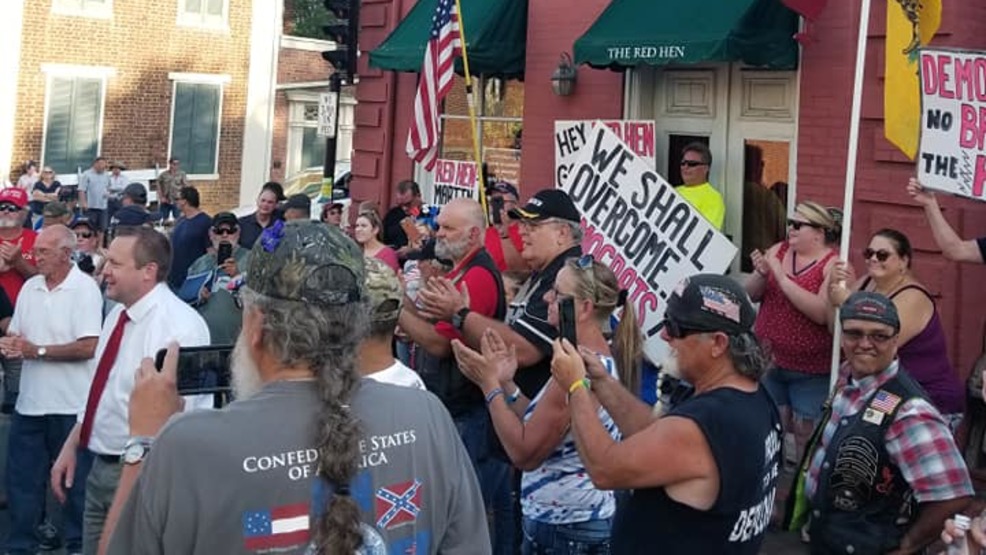 🇺🇸Nothing like a lil impromptu Patriotic Parade…#BikersForTrump Slow Roll… the Communist #RedHen restaurant to let their Harley’s speak for all of us. Windows rattled… While the spirit & heart of American patriot was shown, bystanders cheered! pic.twitter.com/jo4tXDAcUD

Bikers for Trump, a motorcycle club with members across the United States, have arrived in Lexington to voice their support for President Donald Trump and local businesses in the city.

A spokesperson for the club says about 500 members will ride into Lexington today. pic.twitter.com/5X2woQN78U

LEXINGTON, Va. (WSET) — The group, “Bikers for Trump” rode through Lexington Saturday to show their support of Press Secretary Sarah Sanders and the Virginia GOP.

Their ride comes a week after Sanders was asked to leave The Red Hen restaurant in Lexington. That incident sparked a week of protests against the restaurant by Trump supporters. It also caused the restaurant’s owner. Stephanie Wilkinson, to step down from her position as Executive Director of Main Street Lexington.