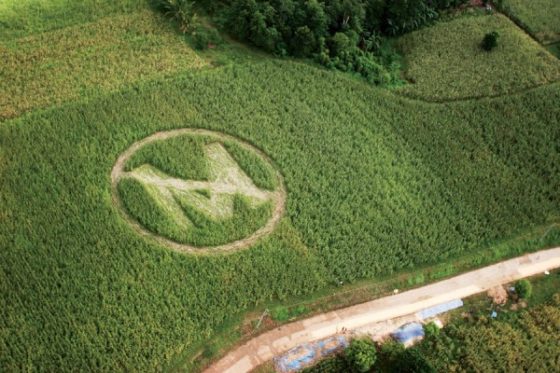 An international team of experts has concluded, based on the results of a comprehensive new animal study, that glyphosate, the primary active ingredient in Monsanto’s Roundup herbicide, is highly toxic to humans – even at the very low doses that both Monsanto and the Environmental Protection Agency (EPA) claim are completely “safe.” Monsanto is trying to discredit the findings.

According to the research, exposure to relatively small doses of glyphosate directly interferes with normal sexual development. It also damages genes and disrupts the body’s delicate microbiome, which represents the community of beneficial bacteria that live inside the gut and help digest food, while also supporting a healthy and robust immune system.

Researchers administered to rats drinking water tainted with glyphosate at levels that the EPA has declared to be a “safe limit.” The team kept track of the rodents’ health from before their birth until their death – a well-designed format that allowed them to carefully study any potential adverse effects in a proper context.

After accounting for various outside factors that may have also influenced the rats’ health, the research team concluded that exposure to “safe” levels of glyphosate resulted in “significant and distinctive” changes to their internal bacterial compositions while still in the womb. The overall population of Lactobacillus in particular, a “friendly” bacteria, was significantly decreased in the rats as a result of glyphosate, while populations of “unfriendly” bacteria were observed to increase dramatically.

Interestingly enough, the glyphosate-exposed mothers did not appear to be affected in this way by the deadly chemical. But their offspring were, suggesting that the chemical poison inflicts harm in ways that are still poorly understood by science.

These findings, declared study co-author Dr. Daniele Mandrioli, a researcher at The Ramazzini Institute in Bologna, Italy, are “quite remarkable” and “shouldn’t be happening” – at least if what Monsanto and America’s corrupt regulatory bodies insist is true about glyphosate.

Also observed as part of the research were dramatic changes to the reproductive organs of the glyphosate-exposed rats. Not only did exposure to the chemical result in major irregularities in reproductive function, but the entire genital regions of the rats physically changed, in many cases, including reductions in the proximity between the rats’ anuses and genitals.

This is in addition to the serious disruption of sex hormones caused by glyphosate exposure – not to mention all the genotoxic changes that were observed in the form of genetic reprogramming of the rats’ normal genomes.

Not surprising is Monsanto’s denial of these findings. Scott Partridge, a Monsanto spokesman, reportedly told The Guardian that none of these discoveries are valid because the Ramazzini Institute is an “activist organization with an undisclosed agenda that exists as part of their crowdfunding efforts.”

In laymen’s terms, Partridge is basically claiming that because the Ramazzini Institute raises funding for its studies at the grassroots level that all of its research is automatically questionable at best. But this is akin to the pot calling the kettle black, seeing as how Monsanto’s entire legacy is based on fake science.

“Far from being an ‘activist organization,’ the Ramazzini Institute is devoted to evaluating and identifying carcinogenic risks and appraises the efficacy and safety of drug therapies and treatments to prevent the development of cancer,” explains NaturalHealth365.com.

“Monsanto’s ordinary strategy has been to try to discredit and disparage any institution that comes up with unflattering research – but this time, it wasn’t so easy.”

Be sure to check out PoisonPapers.org, where you’ll find a 20,000-page archive of damning evidence against Monsanto and the chemical industry at large, revealing how the public has been lied to for many decades about the safety of Roundup and many other common chemicals.

Sources for this article include:

Contributed by Ethan Huff of NaturalNews.com.