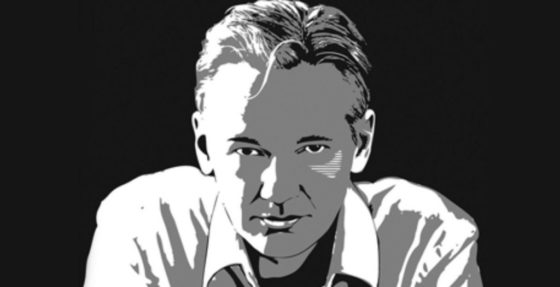 The founder of WikiLeaks, Julian Assange, has been asked to testify before the U.S. Senate Intelligence Committee as part of their Russia investigation, according to a letter signed by Senators Richard Burr (R-NC) and Mark Warner (D-VA) posted by the WikiLeaks Twitter account.

The letter was delivered to Assange at the Ecuadorian embassy in London.

“As part of the inquiry, the Committee requests that you make yourself available for a closed interview with bipartisan Committee staff at a mutually agreeable time and location,” the letter reads.

WikiLeaks says their legal team is “considering the offer but testimony must conform to a high ethical standard,” after which the whistleblower organization added a tweet linking to a list of 10 Democratic senators who demanded in late June that Assange’s asylum be revoked in violation of international law.

Recently, Activist Post reported that “The War Is On To Stop The Extradition Of Julian Assange” and that Ecuador and Britain are in high-level discussions over Assange’s situation, according to a report by the Sunday Times of London.

Assange has been arbitrarily detained according to the UN for nearly 6 years in the Ecuadorian embassy. Now Ecuador has expanded that arbitrary detainment to solitary confinement by forbidding Assange from any human contact including visitations, phone calls and barring his Internet usage — all without Assange ever being convicted of a crime besides publishing documents exposing corruption and shedding light on the truth.

In March, Ecuador and its leader Lenín Moreno pulled the plug on Julian Assange’s Internet connection. Then, Ecuador further demanded Assange remove a specific tweet referencing a foreign political prisoner Carles Puigdemont. The irony here is that Ecuador accused Assange of “interfering in a state” for mentioning another political prisoner and Assange himself had more of his own rights taken away.

Ecuador has clarified its position on Julian Assange’s asylum by drafting new rules limiting his communications according to WikiLeaks.

Although Moreno claims to support Assange’s asylum, he previously said that he would ask him to “be very delicate when he addresses international politics, especially regarding countries with which we have good relations,” reported Latin American news outlet teleSUR.

It’s interesting to note the former Ecuadorian President Rafael Correa, who gave Assange asylum is now being threatened with extradition from his current country in Belgium for an unrelated matter dealing with the alleged brief kidnapping of opposition lawmaker Fernando Balda in 2012.

Meanwhile, it’s been reported that the UK’s Foreign Secretary Jeremy Hunt dared Assange to walk out of the Ecuadorean embassy. He might have said a little too much about an active investigation when he said that Assange was facing “serious charges,” because the article is now absent from News.com.au’s website.

In May, Swedish prosecutors decided to discontinue their investigation into the claims, which Assange denies and he has never been formally charged with.

“Chief Prosecutor Marianne Ny has today decided to discontinue the preliminary investigation regarding suspected rape concerning Julian Assange,” the prosecutor’s office said in a statement, as quoted by Reuters.

Charges against Assange in Sweden have been dropped and he is facing only a minor charge in the UK for failing to turn up to a court hearing.

So it is unknown what “serious charges” Hunt was referring to. And this may be why the article was just taken down without notice now displaying a 404 error. It’s worth noting this is exactly what happened when Tommy Robinson stories were demanded to be deleted.

The media is ignoring Assange’s plight with very few articles being circulated about Assange’s situation in the MSM. So much so, that recently Emmy Award-winning filmmaker and investigative reporter John Pilger attacked press coverage of Julian Assange in an interview with Dennis Bernstein and Randy Credico with Consortium News.

We are all Julian Assange … especially journalists, U.S. President Donald Trump has set the atmosphere for the push against fake news and licensing journalists. I guess it’s only ironic that Trump’s administration goes after an organization with a perfect record for revealing the truth.

The precedent that this can set for other journalists and bloggers in the U.S. and abroad is monstrous, and a nightmarish thought. If Assange is extradited to the United States, that’s the subsequent death of Freedom of the Press as well-known human rights lawyer Geoffrey Robertson QC has previously said.

Events are in the process of being planned worldwide that if something happens to Assange people all over the world are prepared to mobilize and protest in response. That information will be made available if and when the time comes.

This reporter is in a #Unity4J server helping organize the protest efforts both online and off. You can join #Unity4J and help defend Assange’s human rights and publisher rights (here.)

If the UK decides to illegally hand over Julian Assange to the U.S. in violation of two UN rulings, then it’s inevitable that we see a rain of leaks that the world has never seen. That will undoubtedly rock society as WikiLeaks has consistently for 11 years.

There are dozens of insurance files that can seemingly become public with just key phrases. Although, this reporter suspects that WikiLeaks will play a game of chess.

For up-to-date accurate information on Julian Assange’s plight, see @Wikileaks, @AssangeMrs, and @Unity4J Twitter accounts. The website Unity4J will be up to date with information, live streams, and places where protests will be held in support of Julian Assange.

Assange has recommended that WikiLeaks supporters use cryptocurrency to donate to the organization in order to circumvent the blockade.

Aaron Kesel writes for Activist Post. Support us at Patreon.

Contributed by Aaron Kesel of www.activistpost.com.