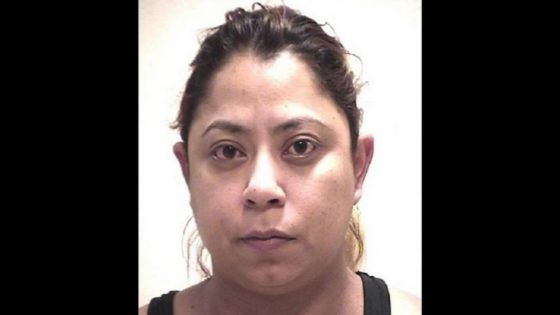 Authorities in Missouri caught a woman smuggling enough fentanyl to kill 1.5 million people as she traveled from Los Angeles to New York by bus.

Detectives with the Kansas City Police Department approached 33-year-old Evelyn C. Sanchez at a bus station Tuesday where they quickly became suspicious about her reasons for traveling to New York. A K-9 unit soon alerted the detectives to the presence of narcotics in a gray suitcase underneath the bus seat where Sanchez had been sitting, reports the New York Post.

“We task these interdiction groups with an increasingly difficult task … to seize drugs before they hit the streets of our communities,” said DEA St. Louis Division Special Agent in Charge William Callahan, according to the New York Post. “Today, they made an impact. They kept this poison out of our neighborhoods and potentially saved countless lives.”

Sanchez, who is currently in federal custody, faces a charge of possessing fentanyl with the intent to distribute.

Overall, drug overdoses are the leading cause of accidental death for Americans under age 50, killing more than 64,000 people in 2016, according to the CDC. Officials say preliminary data shows drug overdoses killed roughly 72,000 people across the U.S. in 2017.

The epidemic is contributing to declining life expectancy in the U.S., officials say. Life expectancy dropped for the second consecutive year in 2016 for the first time since an outbreak of influenza in 1962 and 1963.

Contributed by Steve Birr of The Daily Caller News Foundation.

Content created by The Daily Caller News Foundation is available
without charge to any eligible news publisher that can provide a large audience. For
licensing opportunities of our original content, please contact
licensing@dailycallernewsfoundation.org.